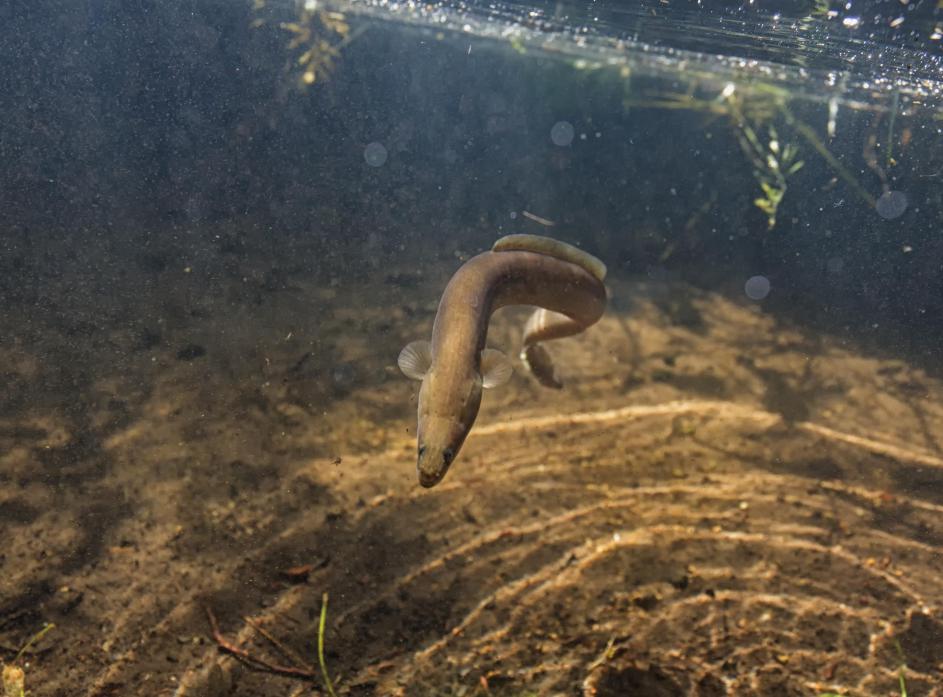 Species description and status:  The European eel (Anguilla anguilla L.) is a high-value, mobile species widely distributed, with its southern limit in Mauritania (30°N) and northern limit in the Barents Sea (72°N) and spanning all of the Mediterranean basin1 (Figure 1). The European eel is a semelparous, facultative catadromous fish species, inhabiting a wide variety of habitats in fresh, transitional and marine waters2. Despite its continent-wide distribution, the species is considered a panmictic population3. Although nor spawning eels nor eggs have been observed in the wild, it is assumed that the European eel spawns in the Sargasso Sea, approximately 5000 km west of the European continent. However, it is assumed that eels spawn there, since the smallest leptocephalus larvae (7 mm), which emerge from the eggs, have been observed in this area4. These larvae passively drift towards continental Europe where they transform into glass eels, which actively colonize coastal and freshwater habitats to grow into yellow eels. After 2 to > 20 years they migrate back to the spawning grounds as silver eels5.

Eel recruitment declined dramatically in the early 1980s, reaching minima in 2011 of <1% (North Sea) and 5 % (elsewhere) of mean levels during the 1960s and -70s1. The reasons are uncertain, but likely include migratory barriers and other habitat loss, over-exploitation, pollution, non-native parasites, diseases, mortality during passage through turbines or pumps, and/or oceanic-factors6. Consequently, the International Council for Exploration of the Sea (ICES) advises that the European eel is outside safe biological limits and that all anthropogenic impacts decreasing production and escapement of silver eels should be reduced to – or kept as close to – zero as possible7. This lead to a regulation and listing the species in various actions. The EC Eel Regulation8 for the recovery of the eel required EU Member states to establish eel management plans covering all eel-producing waters in freshwater and marine environments. Member states should monitor the eel stock, evaluate current silver eel escapement and evaluate management actions aimed at reducing eel mortality and increasing escapement. The International Union for the Conservation of Nature (IUCN) has assessed the European eel as critically endangered on its Red List9. Also, the European eel was listed in Appendix II of the Convention on International Trade in Endangered Species (CITES) in 2007 stating that all trade into and out of the EU is currently banned. Most recently, European eel was listed on Appendix II of the Convention on Migratory Species (CMS), whereby Parties call for cooperative conservation actions to be developed.

Knowledge gaps: The European eel decline is attributed by a range of human impacts6. Knowledge on the relative importance of different human impacts is vital for prioritizing management measures. Telemetry studies conducted in freshwater not only show a high mortality in silver eels when passing pumping and hydropower stations, substantial delays near migration barriers are observed as well. Yet, the impact of these delays on the viability of the population remains unknown. Even more, technical solutions to allow downstream silver eel migration are urgently needed10. Many knowledge gaps remain in the marine environment. The spatio-temporal habitat use and population size in marine systems is underexplored. Consequently, we have limited understanding about the impact of coastal and estuarine anthropogenic activities on the European eel population, such as harbours and coastal protection. Our knowledge on the migration behaviour, routes and spawning timing at sea require further research. Different studies have mapped the first part of the migration routes at sea11,12,13,14, yet so far no eel has been tracked beyond the Azores. Tagging studies in the marine environment show high predation rates by fish and marine mammals13, but data are not sufficient to inform on variations at spatial or temporal scales. Given the wide distribution of the European eel, many question remain about their orientation mechanisms and how eels from different locations coordinate their migration timing. 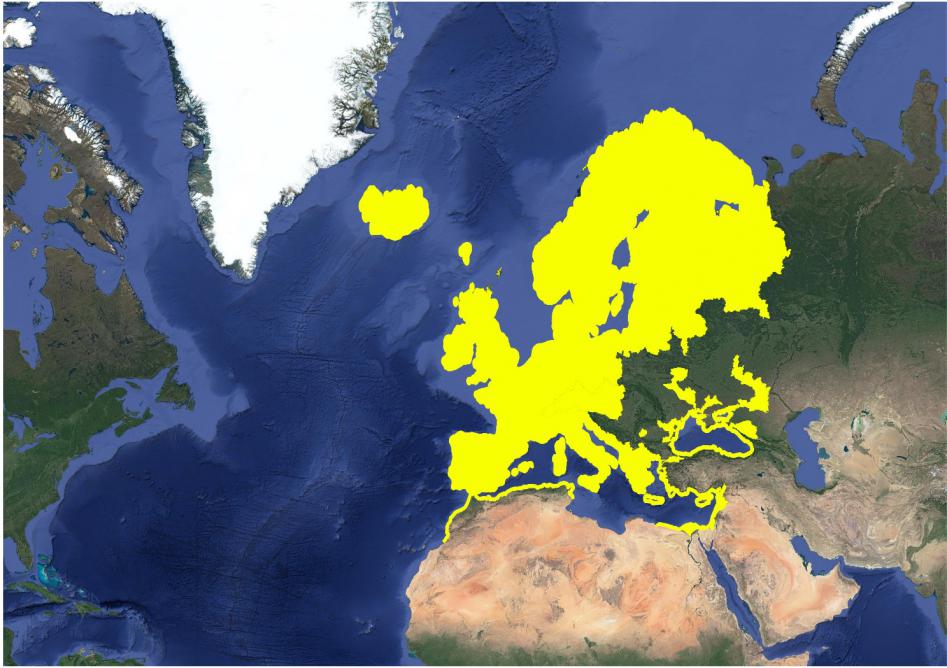 Figure 1. European eel distribution during continental growth phases8. Note that this map does not show the oceanic migration routes to and from the spawning area in the Sargasso Sea. ©IUCN distribution data

Regions of interest: Given the wide distribution of this panmictic species and it’s spawning in the Atlantic Ocean, the region of interest spans much of the North Atlantic.

Benefits: Using the ETN to further characterize eel movements and behaviour throughout Europe and beyond would greatly enhance our ability to better manage this culturally and economically important species. During their migration, eels travel through waters of many countries so joint research efforts, sharing of infrastructure and international collaborations are required. In addition, ETN would give necessary insights in environmental preferences and potential barriers encountered during their journey.

4Schmidt, J. 1922. The breeding places of the eel. Philosophical Transactions of the Royal Society of London. Series B, Containing Papers of a Biological Character 211, 179-208.