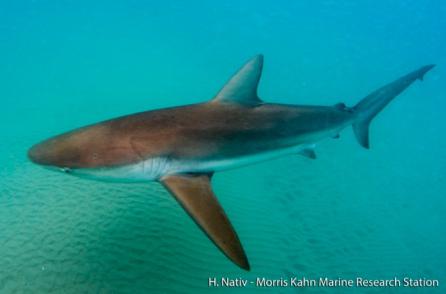 Species description and status: The dusky shark (Carcharhinus obscurus) is a migratory pelagic predator that inhabits coastal and pelagic ecosystems; their distribution is cosmopolitan and circumglobal (Figure 1, Ferretti et al., 2008; Rechisky and Wetherbee, 2003). The dusky shark is classified as ‘Vulnerable’ by the IUCN (2009) throughout its distribution, but its status is ‘Data Deficient’ in the Mediterranean Sea.  Recent shark population estimates suggest that large sharks (more than 1.5 m) have declined globally by 90% or more (Raudino et al., 2016), due to both targeted overfishing and bycatch – inclusive of discarded and incidental catch (D'Alberto et al., 2017). Large sharks, especially those living in shallower waters, are the most endangered (Zemah Shamir et al., 2019, Dulvy et al., 2014). They are particularly vulnerable to increased mortality rates because of their slow growth, late age of maturity, and low reproductive rate (Hoffmayer et al., 2014). In the Mediterranean Sea, the populations of most large predatory sharks have declined dramatically over the last two centuries (Cisneros- Montemayor et al., 2013; Damalas and Megalofonou, 2012). In the winter months (November to April) since recorded observations began, 40–80 sharks (dusky shark, and sandbar shark- Carcharhinus plumbeus) aggregated close to Israel’s Mediterranean coastline, near the power station at Hadera (Zemah Shamir 2018). We speculate the sharks have adapted to the warm, highly saline water at the oligotrophic and highly evaporative margins of the Mediterranean. The coastline is neither protected nor regulated, so these sharks may face serious negative effects - for example, being caught by artisanal or recreational fishers or being frightened or hurt by jet skis or speedboats. And alongside the human–wildlife conflict there are additional human-human conflict (Dickman 2010), between the regulator and the residents, or other stakeholders such as fishers and divers. 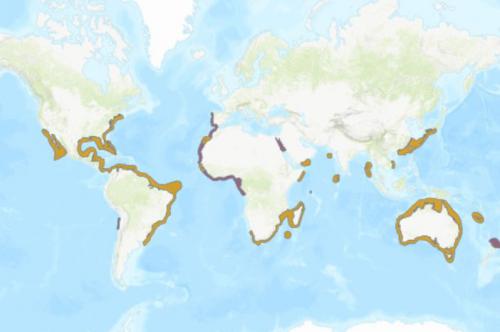 Knowledge gaps: Migration and movements of dusky sharks in are not fully understood and especially within the Mediterranean Sea. There is a big gap in the existing literature. Ocean overexploitation and climate change may affect the abundance and distribution in this ecosystem. Using multiple tools, we are trying to understand the migration patterns and behavior between the two species. Additionally, we are clarifying intra-specific questions and behavioral shifts which result from global climate change, anthropogenic interferences and other factors that might impact on these shark’s behavior.

Telemetry tools: In previous years, telemetric studies were conducted to investigate the movements of dusky sharks in Hadera aggregation in Israel. Passive telemetry methods were used in the studies, where a total of 51 fish were tagged with acoustic transmitters. Acoustic array receivers were placed in the area to examine micro-movements within the aggregate as well as movement in and out of the aggregation zone (Figure 2). This short-term movements were calculated and are now being analyzed to understand the specific interactions that occur in the aggregation. 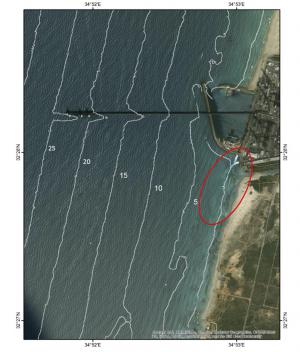 Figure 2. Map of acoustic receiver locations and presence of sharks.