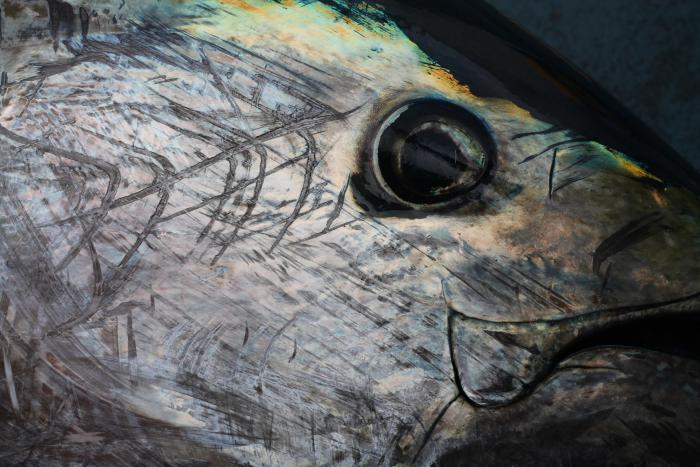 Species description and status: Atlantic bluefin tuna (Thunnus thynnus) is the largest of the tuna and the most emblematic species and can weigh up to 700 kg as an adult. Thunnus thynnus inhabits the Mediterranean Sea and the Atlantic Ocean (Figure 1, Reglero et al. 2014). Until recently, the assumption was that the Mediterranean and the Gulf of Mexico were the only breeding areas. However, new findings suggest other breeding areas such as for example the area off the coast of the Northeastern United States. With a long history as a targeted species by the fisheries since ancient times, today this species is the most demanded species by the sushi market. The International Commission for the Conservation of Atlantic Tuna (ICCAT), in charge of the management of Atlantic bluefin tuna in the Atlantic Ocean and adjacent seas, identifies two different stocks separated by the 45ºN boundary. In response to the low biomass observed in 2006, ICCAT established a 15-year recovery plan for the eastern Atlantic and Mediterranean stock that has been successful and in the last years the biomass for this species has improved compared to those in previous years. Porch et al. (2019) review the main items in the recovery plan designed for this species.

Knowledge gaps: Despite having been widely studied, knowledge gaps still remain in the migration patterns of Atlantic bluefin tuna. Traditionally, it has been described that western Atlantic bluefin tuna travel from foraging areas to spawning grounds in the Gulf of Mexico in April–June, returning back to feeding grounds during the summer whereas the eastern stock migrate into the Mediterranean Sea in May–June to spawn, and then back to the North Atlantic (Aranda et al 2013, Muhling et al. 2017). Trans-oceanic movements have been described from conventional and electronic tagging studies (eg. Galuardi and Lutcavage 2012) that show mixing of the two stocks. Migrations between and to other potential breeding areas and new feeding areas in the Atlantic Ocean and the Mediterranean Sea still need more research. 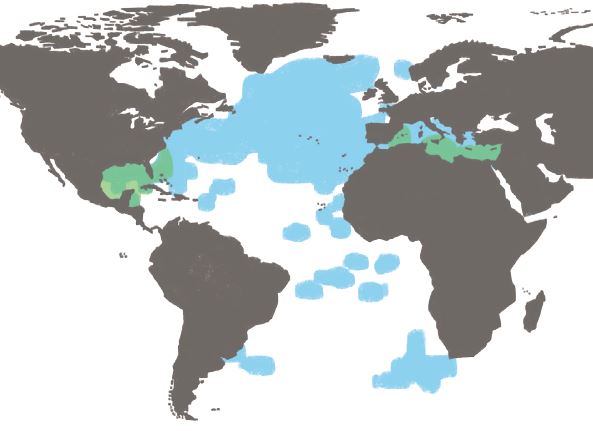 Regions of interest: The Mediterranean Sea, the Gulf of Mexico and all of the Atlantic Ocean.

Telemetry tools: Satellite and conventional tagging has been widely conducted for this species and there are a successful number of recovered tags with tracking of long duration (more than a year). Still, we need to improve the availability of longduration tracking. Efforts for tagging are not balanced across areas and less studied areas need to be covered (e.g., South Atlantic). There are still many challenges regarding tagging of small individuals of this species to better understand the location of nursery areas. Acoustic telemetry offers possibilities to characterize movement patterns for this species, being able to address long-term studies and improving tracking geo-localization in combination with satellite tagging information.