Activity and movement pattern of spiny lobsters in the Mediterranean 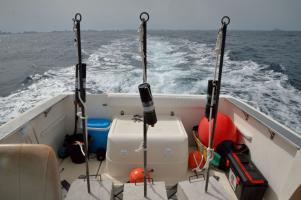 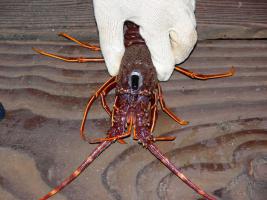 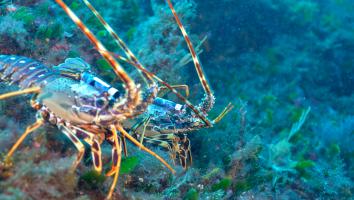 Marine reserves and restocking initiatives are sometimes used as a tool to enhance spiny lobster stocks. In such initiatives it is crucial to follow the movement of lobsters once they are released at sea in restocking experiments.

This study deals with the application of an ultrasonic telemetry system to investigate the short-term movements of the European spiny lobster, Palinurus elephas in a coastal area of NW Sicily (western Mediterranean Sea). Acoustic detection data were used to assess lobsters' post-release displacement, home range extension, movement patterns, activity rhythm and the influence of light intensity on their activity. Acoustic data from five of 10 lobsters were successfully recorded across a 78- days study period between April and June 2008. All lobsters displayed an activity pattern characterized by diurnal sheltering and nocturnal foraging, with higher activity (i.e., longer distances travelled) at night. Their home range measured between 1629 and 8641 m2, and all lobsters relocated every 4.6 days on average, probably in search of unexploited feeding grounds. For this reason we hypothesize a nomadic movement pattern for our tagged lobsters. Data analyses highlighted a 24-h periodicity in lobster with higher activity from sunset to sunrise. No clear influence of moon phase on lobster activity was detected.