The main concepts in ETN are the tag, animal, receiver, deployment and the detections. All data withing the ETN portal are stored and managed within projects. This project can be a network project (if relates to receivers and deployments) or an animal project (if tags and animals) 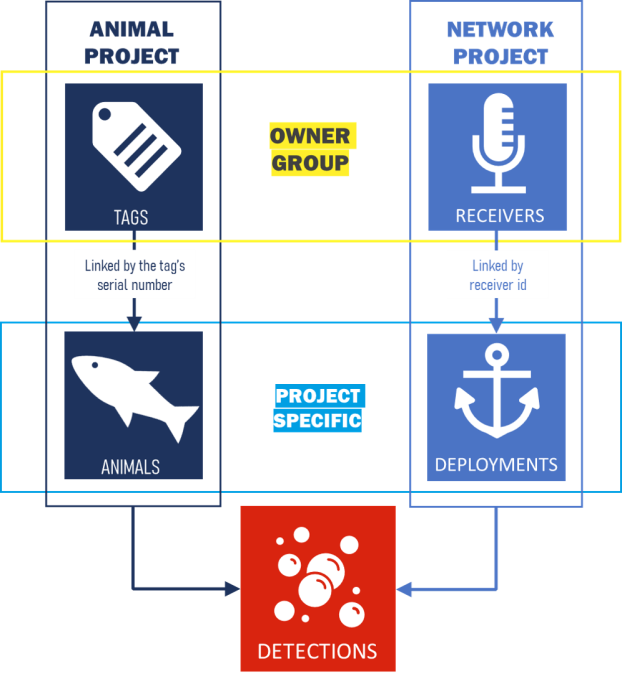 ETN makes a distinction between network and animal projects:

Each user of ETN is assigned to a group. A group has access to one or more projects, and be composed of one or more users.
The owner group has editing data to the technologies in ETN (tags and receivers).

A receiver represent a specific receiver and can only be attached to one deployment at a time. A unique identifier (receiver model + serial number ) is used to differentiated receivers and to link it to a deployment. See more here.

An animal refers to an individual of a know species for which tracking or other sensor data have been collected. Each animal must have an assigned capture.

A tag represent a specific tag and can only be attached to one animal at a time. A unique identifier (tag serial number) is used to differentiated tag devices and to link a tag with an animal.